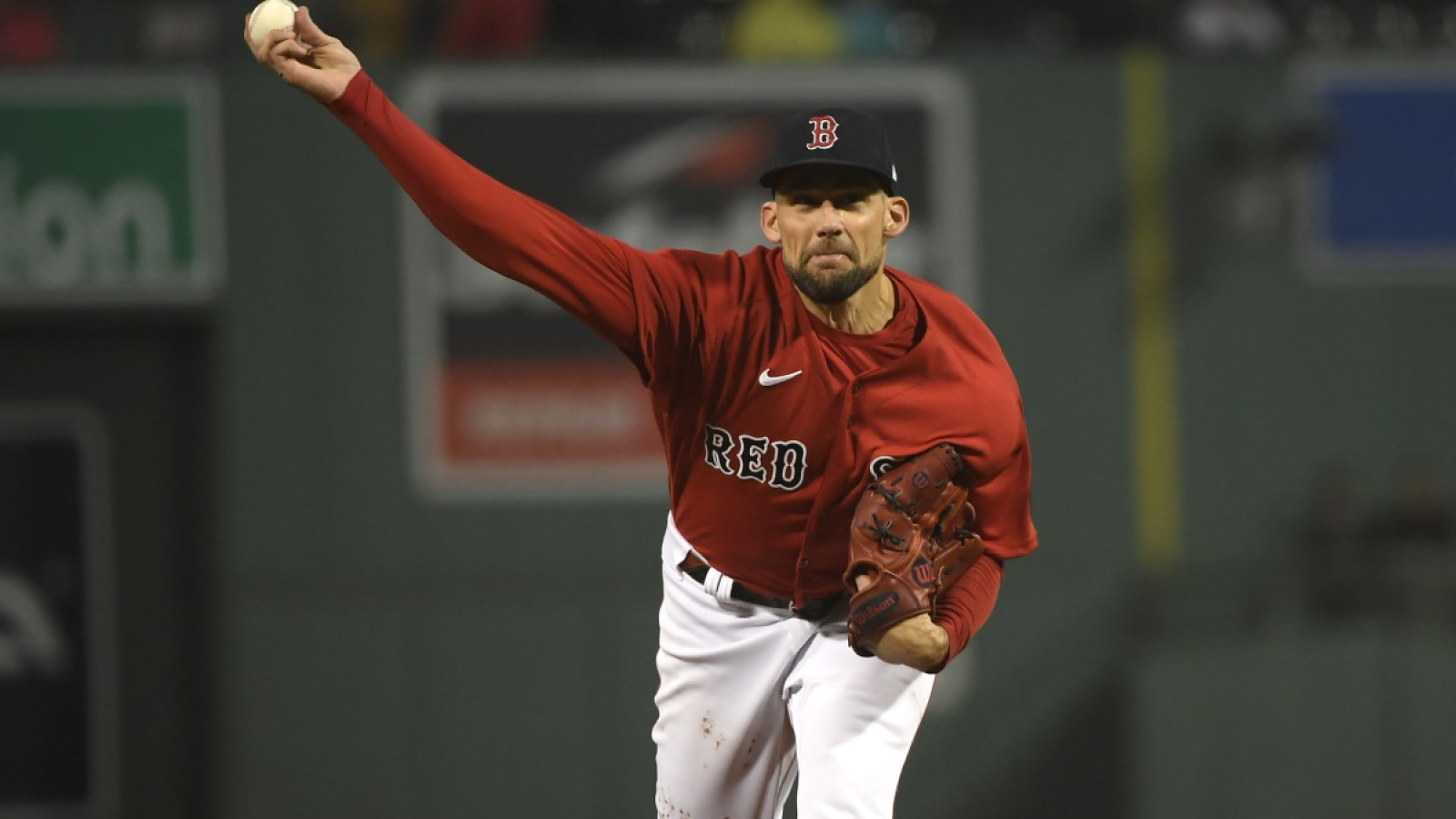 Aaron Judge and Carlos Rodón to the Yankees. Justin Verlander, Edwin Díaz, and Brandon Nimmo to the Mets. Carlos Correa to the Giants… or never mind he signed with the Mets too, and Trea Turner to the Phillies. Lots of big names have found new homes after a wild start to the MLB offseason that’s seen more than a billion dollars of guaranteed money handed out. With the initial rush of signings done, let’s take a look at who’s still out there for teams looking for that one last piece, taken from our previous Top 50 MLB Free Agents list.

The Red Sox should look to keep as much of their team together as they can after failing to retain Xander Bogaerts, but rumor has it that several teams are in on the right-handed starter. Eovaldi offers veteran experience to a team looking to fill out the middle or back of their rotation, but he was tagged with a qualifying offer, meaning teams would forfeit at least a second-round draft pick to obtain him.

A veteran reliever with an up-and-down season in Los Angeles last year, “The Rooster” nevertheless offers a solid presence in the back of the bullpen. He’d ideally fill out a ‘pen with an established closer already present, although he still does have the potential for a resurgent 2023 that could see him return to effectiveness in the closer role. Whichever team signs him provides the incentive for him to potentially reach save #400 in his career.

An above-average second baseman on a team that nearly went all the way, Segura offers a consistent bat and steady defense in the middle infield. Segura could act as a premium platoon hitter for a team looking to shore up its second base position, as he recorded an .855 OPS against left-handed pitchers last year while stealing 13 bases.

Kluber hits the market again after an unexceptional 2022 with the Tampa Bay Rays. But the most important stat here is innings pitched, as he recorded a full season’s worth of work after missing most of 2021 to shoulder ailments. If he’s put those injuries behind him, Kluber will be an innings-eater that most teams can slot into the back of their rotation without much risk.

After being released from an awful A’s team, Andrus went on a tear for the Chicago White Sox, hitting 9 home runs and stealing 11 bases in September and October while putting up an OPS+ 14% better than league average. Like Segura, Andrus offers a decent level of speed, defense, and contact ability, but also gives teams that need to bolster their shortstop position the potential for a power surge.

Conforto was consistently an above-average hitter with excellent walk rates in New York, but overplaying his hand last offseason alongside an injury and an anti-vax stance led him to sitting out the 2022 season. He put up a collective 134 OPS+ from 2017-2020, so a team that needs outfield help that’s willing to take a risk on his injury status could end up with a steal in Conforto. The Giants reportedly have interest in the former Mets outfielder.

Mancini disappointed as a trade target for Houston last year, but he’s had an excellent track record as a slugger who can help out in the first base, DH, or corner outfield positions. His 18 home runs last year were a career low; he’d hit at least 21 in each season before that. He should fill the kind of role that Joc Pederson is earmarked for with the Giants, a mostly-slugging player who can limit his defensive exposure.

Nelson Cruz has been in the league since 2005, when A-Rod was in his MVP prime and Chris Carpenter and Bartolo Colón took home Cy Young awards. Cruz is likely too old to be a real impact player, but we said the same thing about Pujols before his resurgent age-42 season this past year. In any respect, Cruz might be a nice addition for a team that’s looking for his veteran leadership.

Miley represents a big injury risk, having dealt with shoulder and elbow injuries in 2022 that limited him to 37 innings. If he’s healthy, though, he’s a solid starter that’s put up several stellar seasons in the past few years due to his ability to limit the home run ball. In 2021, he pitched 163 innings while allowing fewer than 1 home run per 9 innings pitched.

Brandon Belt’s recurrent knee injuries toppled his 2022 campaign, which is unfortunate, considering he’d been one of the best hitters in baseball in the two years before – his 165 OPS+ with at least 500 at-bats between 2020 and 2021 ranks third behind Bryce Harper and Juan Soto. A team with depth at first but looking for big offensive potential could benefit from a bounce-back year from the Baby Giraffe.

No, not that Will Smith. Not that Will Smith, either. Will Smith, late-inning lefty, has been around the league quite a bit: he’s seen time with the Royals, Brewers, Giants, Braves, and Astros. His best seasons came with the Giants from 2018-2020, but he led the league in Games Finished (60) in 2021 with Atlanta. That year, he pitched six perfect saves over 11 innings in the playoffs. Despite the fact that he didn’t see the mound for Houston during their championship run last year, he’s still a reliable late-inning arm who should patch a hole for a contending team.

The longtime Cardinals starter saw his career take a tumultuous turn after he left St. Louis. He’s played for four different teams in the past four years, recording an ERA under 4.50 only once. But that year was last year, when he pitched 127 innings of 3.32 ERA ball for the Red Sox. At only 31 years old, Wacha still has a few good years left on his arm. He should make a good flier for a team looking to upgrade the back of their rotation.

Don’t look now, but Profar just put up his third season above average offensive season in the past five years. He’s played all over the diamond, but excelled last year when he played 146 games in left field. As an athletic defender who still has a couple years left in his prime, Profar could sign a fairly hefty contract given the massively inflated market that’s developed this offseason.

The Tampa-star-turned-Giants-stalwart had a down season in 2022, an unsurprising event after being nagged by injuries in his age 36 season. But as long as he’s healthy, Longoria is the type of all-time Dude that can help a club from a part time position. Even after missing large chunks of the season, Longoria blasted 14 home runs in only 266 at-bats, and he still has the sure hands at third base that earned him three Gold Gloves in his career. He’ll be a solid insurance policy for a team that could boost its corner infield on a short-term deal this year.

Through the back half of the 2010s, Chapman was one of the most dominant pitchers on the planet. But in his age 34 season with the Yankees, something changed, and he largely struggled to get hitters out. His 4.46 ERA was easily the worst of his career, and it’s an open question whether or not he still has what it takes to be even a league-average reliever. If he does, though, there’s a chance he can re-acquire the stuff that made him so dangerous in 2023.

The long-time Padre continued his role as a super-utility player during San Diego’s postseason run last year, logging time at all three outfield spots and both corner infield spots. Most impressively, he did so while hitting .261 in an offensively depressed league. Given the lack of power, the Padres were never likely to opt into paying him $20 million this next season, but he’s likely to continue to perform strongly in the super-utility role, unless a team thinks they can get surplus value out of settling him into one position a la Adam Duvall.

The longtime Arizona Diamondback fizzled in 44 games with the Rays last year following a midseason trade. But the production he’s put in after hitting 30 in 2018 has been solid. It’s just a question of how long that lasts. Still, the last time he hit the market, he settled for a little under $8 million a year, so it’s not like he’s going to try to blow the market out of the water. He should end up as a solid-if-unspectacular role player, mostly because of his remarkable resilience; Peralta has played in at least 80% of games as a starter 5 times in the past 6 seasons.