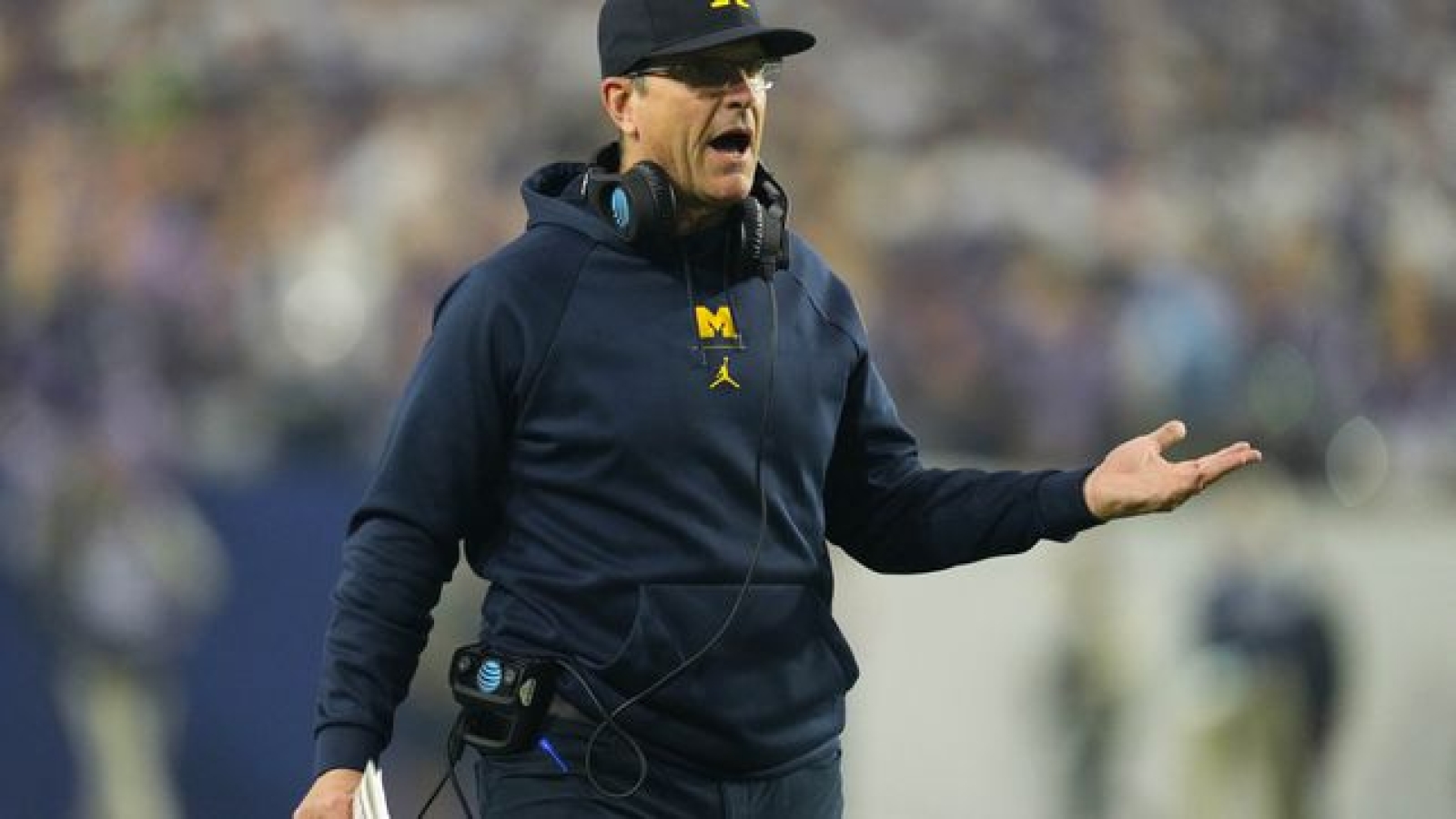 Though his name has been in the headlines quite often recently as speculation about his future intensifies, Michigan’s head coach is in the news for a very different reason this time, and it’s not a good one.

According to recent reports, the Michigan football program is under NCAA investigation for numerous potential rule violations. Interestingly, the investigation is also looking into head coach Jim Harbaugh’s failure to cooperate with investigators, a Level I violation. It is understood, that the NCAA has prepared a draft of a notice of allegations, which once delivered to the institution, will begin a 90-day window on the case before any official notice can be given. Further to that, the program is also said to be under investigation for four Level II violations, however, they are considered to be minor as they relate to issues including the use of too many coaches at practice sessions, meeting with two recruits during a covid-19 dead period and watching workouts via video feed.

The NCAA is investigating Michigan for alleged violations during the COVID-19 recruiting dead period, sources said.

Jim Harbaugh’s cooperation during the investigation is also being examined. https://t.co/cw9tOkfai6

Where the Level I allegation is concerned, it’s been suggested that Harbaugh was less than honest when NCAA investigators directly questioned him about the aforementioned Level II allegations. In terms of what happens next, a Level I violation could in theory result in significant recruiting restrictions, or worst-case scenario, suspension for a number of games. It’s important to note here, that Harbaugh’s contract does make allowance for termination “for cause” if “the NCAA or the conference, or the University reasonably determines that (i) the Head Coach has committed a material violation of a material provision of the Governing Rules (including without limitation, a Level I or Level II violation of NCAA Rules).” To be clear, such a result would require the NCAA’s full process to run its course, something which could take months at the very least.

While it could well be that Michigan’s program chooses to stand by their coach – he’s brought huge success during his tenure – one has to believe that this may have an adverse effect on Harbaugh’s apparent interest in returning to the program next season. The coach has of course been heavily linked a return to the NFL in recent days including both the Denver Broncos and Carolina Panthers. Indeed, recent reports even indicated that Harbaugh had met with Panthers owner, David Tepper, though the conversation was not regarded as a formal interview. Ultimately, there has been no clear indication as to what he will do, but his comments on Thursday certainly seemed ambiguous enough that we could well be in for a surprise. “As I stated in December, while no one knows what the future holds, I expect that I will be enthusiastically coaching Michigan in 2023,” Harbaugh said.