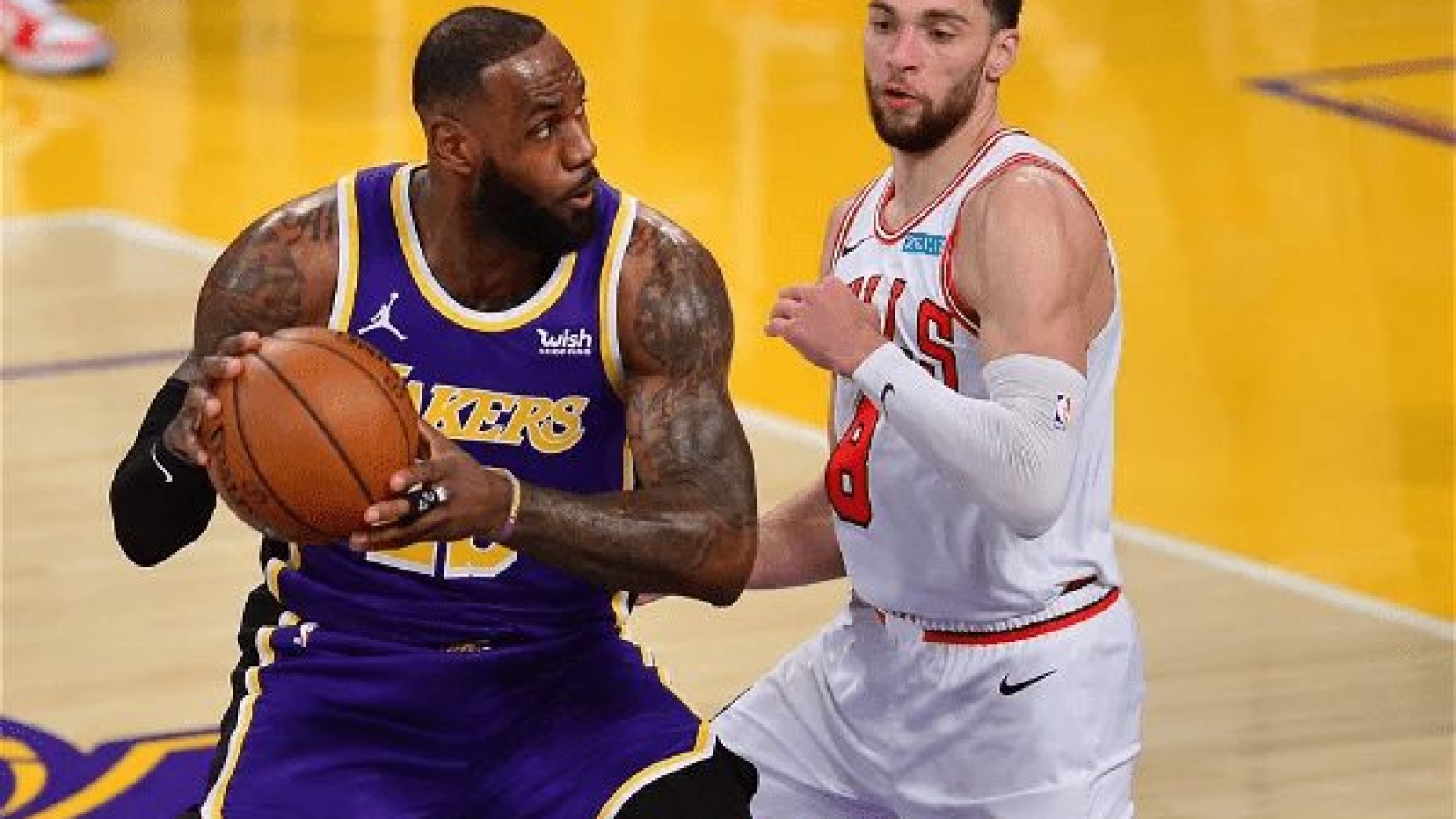 Another superstar caliber player may be on the move this NBA trade season as Zach Lavine reportedly wants out of Chicago. Sean Deveney from Heavy.com reports that one NBA executive believes Lavine’s desire to wear the purple and gold to be true.

“LaVine wants to go to the Lakers, that has been pretty clear for a while now. The agents want him to be in Los Angeles, he is a UCLA guy and they did some rattling about his contract last offseason”

This rumor has been floating around since the offseason when Lavine was a free agent before ultimately resigning with the Bulls on a five-year deal worth $215M  with a player option for the 2026-27 NBA season. Lavine (27 years old) is currently averaging 21.7 points per game, 4.3 assists while shooting for 44.7% from the field and 36.6% from three.

Lavine’s desire to want out of Chicago wouldnt come across as all that surprising considering the fact that Bulls find themselves at the latter half of the eastern conference (11th seed) with a 13-18 record. The Bulls record is not only a result of the turmoil between DeMar Derozan and Lavine but also injuries that plague the roster such as Lonzo Ball still being out. Another factor that could lead to the potential departure from Chicago is the fact that Lavine shares an agent with LeBron James.

The possibility of Lavine joining the Lakers should excite many NBA fans. The pairing of Lavine with LeBron and Anthony Davis would bring them right back into contention for another championship. As we all know, the Russell Westbrook experiment hasn’t quite panned out how the Lakers had anticipated but surely with the arrival of Lavine it offers that franchise a chance to redeem the past two seasons of mediocrity. However, for the Lakers to strike a deal with Chicago would be a tall task with their current assets. One would have to wonder if a combination of Westbrook, Kendrick Nunn, and two first round picks (2027 & 2029) would be enough to get the deal done. As of now we’ll just have to wait until the deadline and see if the Bulls will opt to go for the rebuild or stay as is.

For more sports coverage from MLB, NBA, NFL, to NCAA contact Julian Ojeda at 786-501-9082 or via email julian@communitynewspapers.com


Connect To Your Customers & Grow Your Business