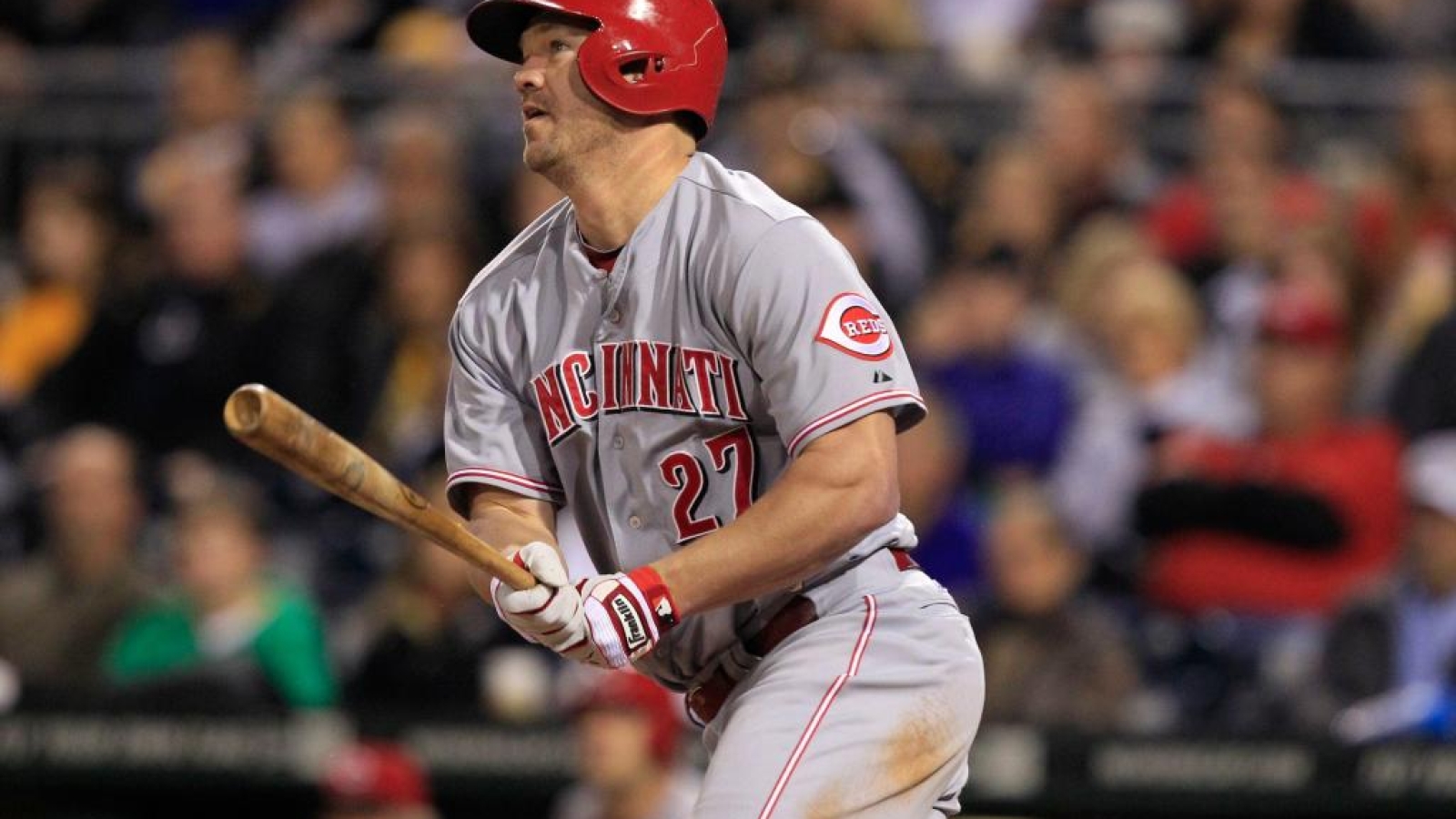 One year after having washed their hands of Barry Bonds, Roger Clemens and Curt Schilling, the Baseball Writers Association is faced with one of the weakest Hall of Fame ballots in recent memory — and when it’s all said and done come Jan. 24 there may well be a shutout.

If so, it will be the fourth time since 1970 the BBWAA failed to elect anyone to Cooperstown, the most recent being 2021 when Schilling came the closest to the 75% needed with 71.1%.

Last year, the writers elected only David Ortiz — barely with 77.9% — while sending Bonds, Clemens and Schilling off to the Contemporary Era veterans committee, leaving Scott Rolen, at 63.2%, the leading vote-getter returning on this year’s ballot. Can Rolen make a quantum leap to election? It’s been done before — but not likely. In 2020, Larry Walker, in his 10th and final year on the ballot, jumped from 54.6% to 76.6% which was the largest vote increase to election in 65 years.

Rolen, who has been gaining steadily in the voting, from 17.2% in his first year in 2019, to 52.9% in 2021 and 63.2% last year, is certainly an interesting case, as arguably one of the greatest defensive third basemen in history. In that regard, he has been the darling of the analytics aficionados — or the WAR-mongers (as I call them) — who cite his 114 defensive runs saved from 2003 to the end of his career in 2012. He was also a class act throughout his career and a pretty fair (if not dominant) hitter as one of 35 players in history with 2,000 hits, 300 homers and 500 doubles.

What hurts Rolen is literally how much he was hurt in his career. In 17 years in the big leagues, he played 150 or more games only five times which accounts for his lifetime totals paling in comparison to other great Hall of Fame third basemen Mike Schmidt, George Brett, Eddie Mathews and Chipper Jones — or for that matter Adrian Beltre, who will debut on next year’s ballot. The voters also like “hardware” but other than winning Rookie of the Year in 1997, Rolen had only one top 10 MVP finish — a fourth in 2004.

Of the 14 newcomers on this year’s ballot, only Carlos Beltran, with 435 career homers, 2,725 hits and 312 stolen bases, can make a legitimate Hall of Fame case and his candidacy is clouded by the 2017 Astros cheating scandal in which he was the only player singled out by Major League Baseball. As the years go by, and the cheating scandal continues to fade from memory, Beltran may well eventually be elected, but not this year.

In determining whether a player is a Hall of Famer, I have always first and foremost asked the simple question: Did this player dominate the game at his position? In that respect, only one player on this ballot in my opinion meets that criteria: Jeff Kent who nevertheless has surprisingly gotten little love from the Baseball Writers, garnering only 129 votes or 32.7% a year ago. I don’t understand why. Kent’s 377 homers are the most of any second baseman in history, his 1,518 RBI third behind only Rogers Hornsby and Napoleon Lajoie. In all, he had eight 100-RBI seasons and had four top 10 MVP finishes including a win in 2000 when he hit .334 with 33 homers and 125 RBI for the Giants.

The knock on Kent, particularly from the WAR-monger analytics crowd, was his defense. But while he never won a Gold Glove, he was more than adequate and it is worth noting in 17 years in the big leagues, no manager, including Cito Gaston, Bruce Bochy and Joe Torre, ever saw fit to move him off second base. Rather, he led his teams to the postseason seven times, hitting .276 with 9 homers and 23 RBI in 49 games.

This is Kent’s 10th and final year on the ballot so in all likelihood his fate will fall to the Contemporary Era committee, which in December elected Fred McGriff — whose highest total on the writers’ ballot was 39.8%. The other leading vote-getters after Rolen last year – Todd Helton (52%), Billy Wagner (51%), Andruw Jones (41.1%) and Gary Sheffield (40.6%) — all can make a case but each have serious drawbacks that will likely keep them from ever being elected by the writers.

Helton is hampered by the Coors Field syndrome and also had his power mysteriously dissipate the last nine years of his career. Jones’ career likewise fell off a cliff the last six years of his career after he was seemingly headed to Cooperstown as one of the most defensively elite center fielders ever. Wagner was a consistently effective closer for 16 seasons but his 10.03 ERA in 14 postseason appearances kills his chances. And though he hit .292 with 509 homers and eight 100-RBI seasons as one of the most feared hitters in the game, Sheffield, fair or not, was tainted by steroids and often viewed as a divisive force in the clubhouse.

So as ominously as this year’s ballot may bode for a shutout, the good news for the Hall of Fame is that there are a bunch of compelling candidates on the near horizon. Besides Beltre, next year’s ballot will include Joe Mauer and Matt Holliday, while 2025 will have Ichiro and CC Sabathia making their debuts.

It was most definitely a master stroke on Brian Cashman’s part, bringing in Hall of Fame-bound Brian Sabean as executive advisor, a hire that will only make the Yankees better, especially when it comes to scouting and player evaluation. Those are the strengths that enabled Sabean to win three world championships with the Giants. It’s just too bad Steve Cohen never got to speak to Sabean last spring when he was having no success finding a president of baseball operations (a job he still hasn’t filled). Sabean was wasting away in the Giants front office, having been kicked upstairs in the analytics revolution that took place out there (how’s that 15-person coaching staff working out?) and he had strong interest in the Mets job. But Sandy Alderson who was heading up the search operation at the time, never even called him. So now Sabean returns to his Yankee roots where, as scouting director and VP of player development from 1986-92, he was largely responsible for the homegrown core of players — Derek Jeter, Andy Pettitte, Bernie Williams, Jorge Posada — that formed the nucleus of the ‘90s dynasty. One can only surmise Cashman’s hiring of Sabean — as well as Omar Minaya, another “scouts scout” who among others found Jacob deGrom for the Mets, as a senior advisor — might be a tacit acknowledgment the Yankees need to do a much better job of drafting and developing talent. Since the Jeter group departed they’ve developed only one homegrown impact player from the draft — Aaron Judge — and they have not drafted and developed a top-of-the-rotation starting pitcher since Pettitte. …

Under enormous pressure, the Red Sox stepped up to the plate and signed their biggest homegrown star, Rafael Devers, to an 11-year $331 million contract Thursday and it’s safe to say they are privately forever grateful his agent wasn’t Scott Boras. For there is no way Boras would’ve agreed to a deal no matter how much the value — which is the most the Red Sox have ever paid a player — on the 26-year-old third baseman before taking him out in the open market. Crazy as it may sound, this is actually a good deal for the Red Sox in that they’ll be done paying Devers when he’s 37. By contrast, Xander Bogaerts, whom the Red Sox let walk to the Padres, will be earning $25 million a year up until the age of 40, presumably when his shortstop days are far behind him. While the Red Sox may have been shocked at the 11-year/$280M deal Bogaerts got from the Padres, the Fenway rabble was incensed at the small market way they’ve been operating since Chaim Bloom was brought in as GM from Tampa Bay. It is quite possible they could have also retained the similarly homegrown Bogaerts, who wanted to stay, had they not insulted him with a token one-year extension offer last spring as he approached free agency. Back then, they probably could have signed Bogaerts to a 5-6 year deal, but once he hit free agency the market exploded.