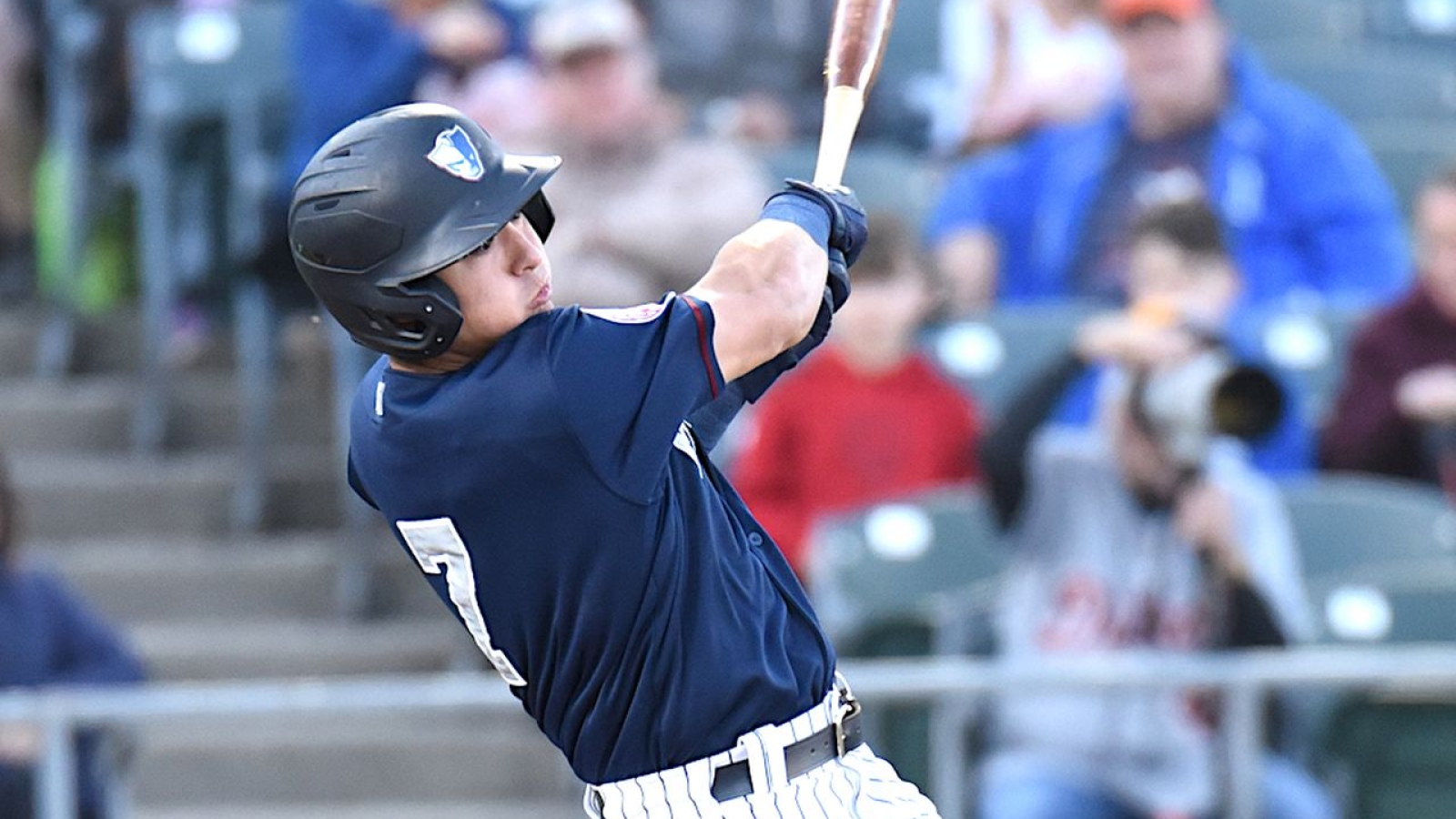 The Yankees will be looking for a starting shortstop during spring training and the favorite going is Oswald Peraza, a top three organizational prospect who looked very good at the plate and in the field debuting in the bigs late last season.

Also in contention is 2022 regular Isiah Kiner-Falefa and Anthony Volpe, the New Jersey-born phenom who is being compared to his childhood hero Derek Jeter. Volpe is the Yankees’ consensus No. 1 prospect, but a longshot contender to avoid starting out in Scranton/Wilkes-Barre because he has just a few games of experience above Double-A.

Regardless of who begins where this season, Volpe is being viewed as a future star.

MLB Pipeline unveiled its 2023 top 10 shortstop rankings on Tuesday and Volpe was in in the No. 1 spot.

Perhaps somewhat surprisingly, Peraza did not make the top 10 list.

A year ago, the rankings were similar with Volpe ranked second among shortstop prospects and Peraza not in the top 10.

Players are eligible for MLB Pipeline’s rankings until they have enough at-bats (130), innings pitched (50) or service time (45 days) to quality for Rookie of the Year. Peraza had 45 at-bats and 35 days with the Yankees last season.

MLB Pipeline’s top 100 prospect rankings will be announced Thursday evening with all top shortstops in the top 40.

Defensively, Volpe had a .971 fielding percentage with 13 errors in 449 chances over 127 games at shortstop.

As for Volpe’s chances to win the Yankees’ shortstop job this spring, manager Aaron Boone isn’t rullng it out.

“Obviously we’re really excited about Anthony Volpe and think he’s going to be a really good player for us for a lot of years,” Boone said last week on YES Network’s Yankees Hot Stove. “And we’ll see him in spring training, He’s going to get a lot of reps. He hasn’t had a lot of Triple-A time yet, but you never know. He could still kick the door in and force the onus on us.”

Like Volpe, Peraza also had a .971 fielding percentage in his minor-league games. In the latest 2022 rankings, Volpe was No. 5.

Following Peraza’s Sept. 1 call-up to the Yankees, he hit .306 with a homer in 18 games. He committed no errors playing 12 games at shortstop and four at second base.

This spring, it’s probably Peraza’s job to lose. But if he isn’t ready, he’ll return to Triple-A and possible share the shortstop duties with Volpe with both also seeing time at second base.

Said Boone, “We do feel like certainly with Peraza playing almost the full season at Triple-A and continuing to climb the ladder and perform well at the minor-league level … And then I was really pleased how well he handled himself at the big-league level as far as his preparation, his work, the way he fit in, the way he performed between the lines. He’s going to have a real opportunity and get a lot of chances. I’m really excited about him.”

Randy Miller may be reached at rmiller@njadvancemedia.com.